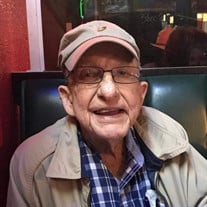 Billy Ray Nix, 91, of Starke passed away peacefully at his home on July 10, 2021 following an extended illness. Born April 12, 1930 in Robertsdale, Alabama, he was a 1948 graduate of Robertsdale High School. A 1954 graduate of Howard College (now Samford University), he received his Masters in Divinity Degree from Southern Baptist Seminary. He rose to the rank of Colonel as part of a 27 year career as a Chaplain in the US Army and was awarded the Bronze Star and Vietnam Service Medal among many other awards. His decorated military career included stops in Vietnam, Germany, Okinawa, and New York City. Following his retirement from the Army, he enjoyed a long tenure as a Chaplain for the Florida Dept. of Corrections. Known for his kindness toward the less fortunate, he served as a volunteer Chaplain for the Bradford County Jail for 30 years. He was also perhaps the biggest advocate in the area for causes that supported persecuted Christians around the world. He is preceded in death by Catherine Burns Nix- his beloved wife of 58 years, his parents James and Cora Nix, and by his Sister Hazel Jimenez. He is survived by 3 children: Arthur (Julia) Nix of St. Petersburg, Sheila Nix of Long Beach, California, and by Jennifer (Terry) Vaughan of Starke. Other survivors include 5 grandsons: Justin, Stephen, Graham, William, and Michael, brothers James and Nolan Nix, Great Granddaughter Emma Nix and by several nieces and nephews. A Memorial Service will be held on Saturday, July 31 at the Jones Gallagher Funeral Home Chapel in Starke with Rev. Jonathan Rodriguez presiding. Visitation at 9:30 am and Service at 10 am. In lieu of flowers, contributions can be made to Haven Hospice, 4200 NW 90th Blvd., Gainesville, Fl. 32606 or International Christian Concern, PO Box 8056, Silver Spring, Md. 20907.Arrangements are by JONES-GALLAGHER FUNERAL HOME OF STARKE 904-964-6200 www.jonesgallagherfh.com.

Billy Ray Nix, 91, of Starke passed away peacefully at his home on July 10, 2021 following an extended illness. Born April 12, 1930 in Robertsdale, Alabama, he was a 1948 graduate of Robertsdale High School. A 1954 graduate of Howard College... View Obituary & Service Information

The family of Mr. Billy Ray Nix created this Life Tributes page to make it easy to share your memories.

Billy Ray Nix, 91, of Starke passed away peacefully at his home...

Send flowers to the Nix family.