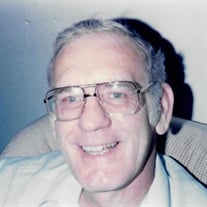 Jerry Paul Lawson, 84, of Starke died at his home September 1, 2021. His family is blessed in knowing that he lived a full, independent life on his own terms, completing everything on his “bucket list” for this life before stepping into eternity. Born in Pineville, Kentucky, situated in a valley surrounded by mountains just a short distance from The Cumberland Gap, Jerry was the fifth of six children born to Richard Lewis Lawson and Mable Edna Miller Lawson. He had nothing but respect for his father, a gentle-spirited career railroad man with incredible mountain wisdom. Jerry’s oldest brother, Richard, and his wife, Mary Elizabeth Watts Lawson, were like second parents to him. They treated him like the child they never had, and Jerry adored “Mary E.” Only his youngest sibling, Lera Jane Lawson Kapitan, survives him. She still resides in Kentucky. Their middle brother, Alvis Donald Lawson, is Missing in Action in Korea. Jerry was extremely close to Alvis, and this early loss had a major impact on his life. Until he breathed his last, he never stopped doing all he could to ensure his brother made it home. After completing grade school and part of high school in Pineville, Jerry and Lera moved with their parents to Starke, where the family opened a tourist home. Jerry, an avid sports-lover his entire life, played basketball—actually his favorite sport—at Bradford High School. But football is the sport that shaped much of his adult life and allowed him to earn a four-year scholarship to Tampa University. Jerry often fondly and respectfully credited Coach Lennard Register with making a huge impact on his life and for being largely responsible for assisting him in obtaining this life-changing opportunity to continue his education and to play football as a Tampa Bay Spartan at the collegiate level. (He was also a member of the Spartan crew team.) Injuries sustained in a tragic automobile accident during Jerry’s junior and senior years at Tampa University ended his hopes of playing professional football, but he did enjoy playing semi-professionally for a time with a team called the Jacksonville Jaguars. Upon completion of his bachelor’s degree, Jerry accepted a teaching position at his high school alma mater and began to coach football with Head Coach David Hurse. About 5 years later, as head coach himself at Pahokee High School, Jerry led the Blue Devils to two consecutive state conference championships. Another personal milestone for Jerry was his completion of a master’s degree from Valdosta State University. After graduation, Jerry spent the next 10 years teaching education courses to offenders with the Florida Department of Corrections. He then retired from the state of Florida with 30 years of service. Jerry attended church from the time he was a young boy and accepted Christ as His Personal Savior. He would sincerely want all of you to place your trust in Jesus Christ and to accept His free gift of salvation and eternal life. A church bus driver at one church and a deacon at another, Jerry’s final church home was Smyrna Baptist Church where his memorial service was held September 4, 2021. We, Jerry’s children, wish to publicly thank Pastor & Mrs. Joshua Green and Smyrna Baptist Church for all of their help. We would also like to recognize Melvin Riggins who was a huge help and great friend to our father in the final chapter of his life. Jerry is preceded in death by an infant son; his parents; his eldest sister, Clara Alberta Lawson Combs, who recently passed at the age of 98; the two aforementioned brothers, Richard and Alvis; and their other brother, James Tyree Lawson. He is survived by his sister Lera; daughters, Kimberly Lawson (Mark-deceased) Box and Rebecca Lynn Lawson; his son, Jeremy Paul (Esther Massey) Lawson; three grandsons; one granddaughter; one great-grandson; and many nieces and nephews. Arrangements are by JONES-GALLAGHER FUNERAL HOME OF STARKE 904-964-6200.

Jerry Paul Lawson, 84, of Starke died at his home September 1, 2021. His family is blessed in knowing that he lived a full, independent life on his own terms, completing everything on his &#8220;bucket list&#8221; for this life before stepping... View Obituary & Service Information

The family of Mr. Jerry Paul Lawson created this Life Tributes page to make it easy to share your memories.

Send flowers to the Lawson family.