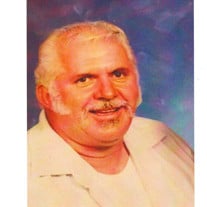 Paul L. Raymond, age 85, passed away at his home in Keystone Heights, FL Saturday, January 25, 2020, with his wife by his side. Paul was born December 20, 1934, in Bellows Falls, VT to Leo Raymond and Juanita (Morrison) Raymond. Paul grew up in Norwich, VT and graduated from Thetford Academy in 1953 and joined the Marine Corps. He was a cook during his service of nine years. While in Japan, he met and married Misuko Takeshita on December 3, 1957. They had five children. On August 31, 1987, he married Rebecca (Kendall) Hill and they combined two families. Paul enjoyed his time as a selectman for the town of Thetford after he retired. He also delivered meals on wheels. He was a great chef and worked at the Balsams in Dixville, Notch NH and Norwich Inn, Hanover Inn and The Morey Inn to name a few. He worked for Blacktop for a few years then Mowers News delivering mail until retirement. He enjoyed camping at the Fryeburg Fair for over thirty years and playing cards with his family and friends. In 2009 he and his wife bought property in Keystone Heights, FL and enjoyed many winters. In summers they camped in Fairlee, VT. In addition to his parents Paul was also preceded in death by four sisters Phyllis, Helen Raymond, Barbara Neilson and Mary Dupuis. He is survived by his wife Beckie and his five children Ross R., Carlene and Darlene R. all of California, Rita Nalette (Rusty) of Lebanon, NH and David Raymond (Linda) of Enfield, NH; two step children Michael Hill of Stafford, VT and Beckie Sue Perron of Chelsea, VT. Also left behind are his sisters, Lois Kidder of Lebanon, NH, Jane Hall of Putney, VT, five grandchildren, five great grandchildren, two step grandchildren, two step great grandchildren and many nieces and nephews. A graveside service will be held at a later date. Memorial gifts may be made to the Lyman F. Pell American Legion Post #8, P.O. Box 324 Norwich, VT 05055, in which he was a longtime member.

Paul L. Raymond, age 85, passed away at his home in Keystone Heights, FL Saturday, January 25, 2020, with his wife by his side. Paul was born December 20, 1934, in Bellows Falls, VT to Leo Raymond and Juanita (Morrison) Raymond. Paul grew up... View Obituary & Service Information

The family of Mr. Paul Leslie Raymond, age 85, of Keystone Heights created this Life Tributes page to make it easy to share your memories.

Send flowers to the Raymond family.