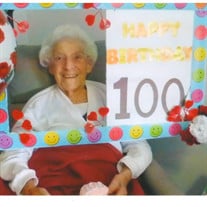 Pauline “Jane” Stoltzfus Morgan age 100 of Keystone Heights passed away Sunday, May 2, 2021, at Haven Hospice in Gainesville. She was born February 21, 1921, in Pottstown, Pennsylvania to Newton and Rachael (Yorgey) Dunn. Jane was a homemaker and member of the Park of The Palms Church. While living in New Jersey, she enjoyed taking walks, playing tennis, and sewing. Jane was also a 4-H leader, Sunday school teacher along with owning and operating a nursery school for ten years where she was known as “Aunt Jane”. Her family would always come first, she attended her children’s school functions and games from grade school through college. In 1986, she and her husband moved to the Park of The Palms from Ocean City, New Jersey and immediately became active with the residents at the Manor by leading exercise classes, being in charge of the hand bell choir and taking time to read to other residents at the Manor. In addition to her parents she was also preceded in death by her first husband Earl Stoltzfus in 1987. Jane’s survivors are her four children Jack Stoltzfus of Saint Paul, Minnesota, Kerry Stoltzfus of Sandy Spring, Maryland, Janet Brownback of Milton, Delaware and Ruth Wilson of North East, Maryland. She was also lovingly called “Nanna” by her ten grandchildren and twenty-two great grandchildren. A graveside service for Jane will be held Thursday, 10:00 a.m. at the Keystone Heights Cemetery with Mr. Frank Huston officiating. Arrangements are by JONES-GALLAGHER FUNERAL HOME, 340 E. Walker Dr., Keystone Heights, FL 32656. (352)473-3176. www.jonesgallagherfh.com

The family of Mrs. Pauline "Jane" Stoltzfus Morgan 100 of Keystone Heights created this Life Tributes page to make it easy to share your memories.

Send flowers to the Morgan family.