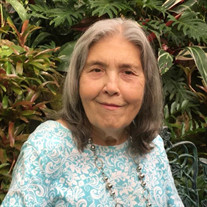 Phyllis Ratz passed away April 30, 2022. Born in Jacksonville, Florida in 1934, Phyllis lived in Florida nearly her entire life. Phyllis is the eldest daughter of Annie Mae Marcy and Sylvester Phillip Wineman Jr. She graduated from Jackson H.S. in 1952, soon after employed by Prudential Life Insurance Company. She was married in 1955, after meeting the love of her life, Kenneth Ratz Jr. Soon four daughters were added to their family. In-the-midst of raising four daughters, Phyllis began and completed her college education. In 1974, she graduated from the newly formed University of North Florida (UNF), as a member of the Charter Class. As a recipient of a BA in Elementary Education, Phyllis began a career in teaching elementary school, first in private schools in Jacksonville, then for Duval County Public Schools and then for Putnam County Schools. Although she taught various grades in her career, Phyllis liked first grade the best, as she was able to witness the most progress in children's education and was able to teach many how to read their first words. Phyllis spent the first half of her life in Jacksonville, then she and Ken moved to Melrose, then St. Augustine Beach, then Fruitland Park, and then back to Melrose. After retiring from Putnam County Schools, Phyllis was one of the three cofounders of Lake Area Ministries in the Melrose/Keystone Heights area. After that Phyllis spent her later years tutoring children, caring for her elderly parents and providing visitation of elderly shut-ins for the parishioners of St. William Church. Phyllis and Ken spent countless hours doting on their five grandchildren and two great-grandchildren. They also spent many hours with Rocky’s children Fletcher and Connor during their formative years. Daughter Linda and her husband Rocky moved into the Melrose home and acted as primary caregivers for Phyllis and Ken during their later years. Phyllis is predeceased by her parents and her husband, Ken, of 61 years. She is survived by her four daughters and their husbands: Catherine Rideout (Henry), Laurie Thomas (Michael), Linda Ratz-Thompson (Rocky), and Brenda MacGibbon (Todd Dixon); five grandchildren: Matthew Rideout, Amanda Khansa, Jacob MacGibbon, Jared MacGibbon, and Katarina Thomas; two great-grandchildren: Isabelle and Amelia Khansa, a sister Sandra Altman (Merv); Sister-in-law Evelyn Dykeman; nephews and nieces; and numerous cousins. In lieu of flowers contributions can be made to Cystic Fibrosis Foundation or Lake Area Ministries. Viewing will be May 5th at 1:00 pm and a Funeral Mass at 2:00 pm, both at St. William Catholic Church, 275 Satsuma St. Keystone Heights, Florida. A burial service will follow at Eliam Cemetery in Melrose Florida.

The family of Mrs. Phyllis Wineman Ratz 87, of Melrose created this Life Tributes page to make it easy to share your memories.

Send flowers to the Ratz family.