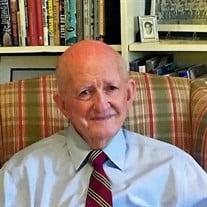 William David Hurse, 90, of Gainesville, Florida passed away at Haven Hospice in Gainesville on Sunday, July 25, 2021. He was born October 10, 1930, in Lake Butler, Florida to Mr. and Mrs. David Hurse. He attended elementary school in Bamberg, SC and Gainesville and graduated from GHS. David received his bachelor and master’s degree from the University of Florida. He began his coaching career at Tate High School in Pensacola, Florida. After two years in Pensacola, he was hired by Coach Register in Starke as an assistant football/track coach. After becoming the head football coach at BHS David retired after 30 years of coaching the Tornados. He is preceded in death by his parents, as well as two brothers, Dr. Jack Hurse and Hugh Hurse. David is survived by his wife Myrna Lou Hurse, his sisters-in-law, Mrs. Neta Hurse, and Mrs. Marilyn Hurse, and brother-in-law, Tommy Rahn (Beverly). He was also stepfather to his three adored nieces, Becky (Tim), Cathy (Tim) and Deanna (Jim). He is also survived by two nephews, Bryan Hurse and Timmy Hurse and his beloved dog “Little Max.” Football and coaching meant so very much to David, but as years have passed renewing his friendship with former players and coaches replaced some of the emphasis from trying to draw up plays and analyze the game. A viewing was held on July 27, 2021. In honor of Coach David’s wishes and the Covid virus a private burial service will be held. Any tribute to David would be appreciated especially to Haven Hospice: 4200 NW 90th Blvd, Gainesville, Florida, 32606. Arrangements are by JONES-GALLAGHER FUNERAL HOME OF STARKE 904-964-6200.

William David Hurse, 90, of Gainesville, Florida passed away at Haven Hospice in Gainesville on Sunday, July 25, 2021. He was born October 10, 1930, in Lake Butler, Florida to Mr. and Mrs. David Hurse. He attended elementary school in Bamberg,... View Obituary & Service Information

The family of Coach William David Hurse created this Life Tributes page to make it easy to share your memories.

Send flowers to the Hurse family.