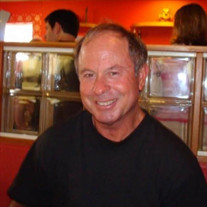 William “Bill” Michael Meng passed away on Thursday, June 9th at his home in Melrose, Florida at age 73. Born on January 6th, 1949, in Starke, Bill grew up as the second oldest in a family with five brothers and five sisters. They often worked together on the family dairy farm, where Bill gained many of his building skills and “can-do” abilities. Bill graduated from Bradford High School in the Class of 1967. He and his high school sweetheart, Betsy Matthews, were named the “Cutest” senior pair. Following high school, Bill moved on to study civil engineering at the University of Florida and received his Bachelor of Science in civil engineering in 1971. He spent his summers building homes to earn his way through college. Bill and Betsy were married in 1970 and moved to St. Petersburg, FL to begin their life as a young family. They welcomed two children, Dana and Michael, and Bill enjoyed helping in Boy Scouts and other events as the children grew up. Bill began as a civil engineer at Misener Marine in Tampa, FL, and moved his way up to become president and owner of Gulf Foundation. Although a native Floridian, Bill discovered a love for the mountains of the west, and following an early retirement, found property overlooking a vista in La Veta, Colorado, where he and Betsy built a beautiful log home. A former builder, Bill did much of the work himself on the house. Bill and Betsy split their time in La Veta and Keystone Heights, FL, where Bill constructed much of their lakefront home on Lake Geneva as well. Following a divorce in 2005, Bill constructed a new lakefront home in Melrose, where he enjoyed being close to a nature preserve and viewing wildlife like sandhill cranes. In La Veta, he also reconstructed an old homesteader’s cabin as his summer home, preserving the original wood. During his years in Colorado, Bill enjoyed hunting excursions for large game alongside family and friends. He also took advantage of the natural beauty of Colorado to hike many trails and enjoyed listening to live music. Bill was preceded in his death by his parents, Ruth (Mouch) Meng in 2015 and Paul Meng in 2020. He is survived by his siblings, Carlton Meng of Keystone Heights, FL, Carolyn Hunter-Haast of Hiawassee, GA, Phyllis McClure of Tampa, FL, Marty of Old Town, FL, Joyce (John) Thiemann of Hampton Lake, FL, Sallye (Randy) Scoggins of Hampton Lake, FL, Beverly (David) Wanner of Oxford, NC, Joe (Debbie) of Ochlocknee, GA, Mike of Macclenny, FL, and John (Karen) of Pembroke, GA. He leaves behind his former wife, Elizabeth “Betsy” (Matthews) Meng, children Dana (Paul) Colbert of Gulfport, FL, and Michael (Kristin) Meng of Clemson, SC, and five grandchildren, Makayla (Aaron) Neel, Elijah Colbert, Luke Colbert, Elliot Meng, and Miriam Meng as well as many other beloved friends and family in Florida and Colorado. A Celebration of Life for Bill will be held Friday, June 17, 2022, at 11:00 a.m. in the Jones-Gallagher Funeral Home Chapel (340 E. Walker Dr., Keystone Heights, FL 32656) with Mr. Joe Meng officiating. The family will receive friends beginning at 10:00 a.m. Interment will follow at a later date. Anyone wishing to contribute a gift in Bill’s memory may consider a donation to The Michael J. Fox Foundation or The National Wildlife Federation. Arrangements are by JONES-GALLAGHER FUNERAL HOME, 340 E. Walker Dr., Keystone Heights, FL 32656. (352)473-3176. www.jonesgallagherfh.com

William &#8220;Bill&#8221; Michael Meng passed away on Thursday, June 9th at his home in Melrose, Florida at age 73. Born on January 6th, 1949, in Starke, Bill grew up as the second oldest in a family with five brothers and five sisters. They... View Obituary & Service Information

The family of Mr. William Michael Meng 73 of Melrose created this Life Tributes page to make it easy to share your memories.

Send flowers to the Meng family.